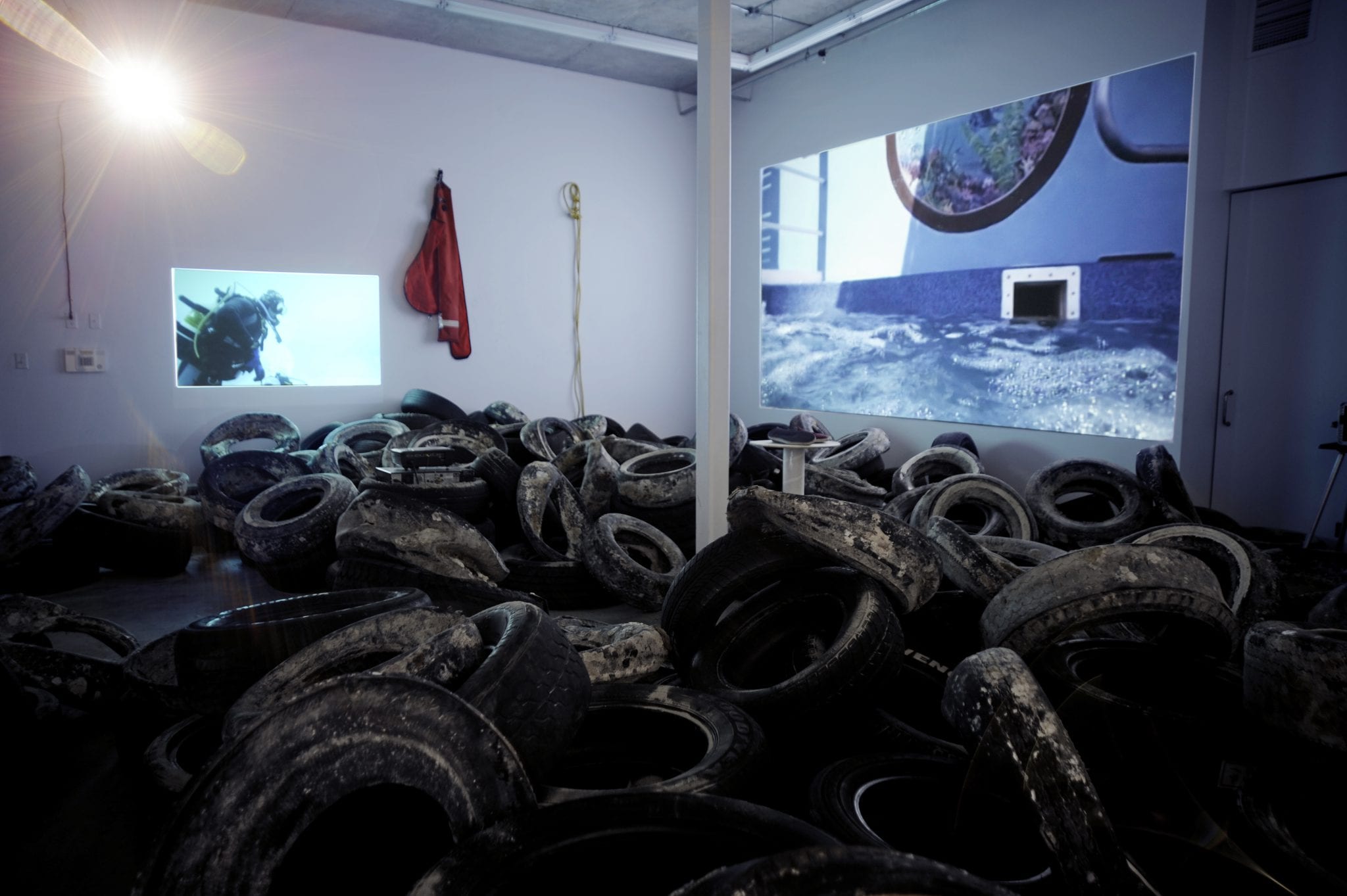 Tires from the Osborne Reef, mixed media, wall-displayed videos eclipse, dive and aquadome (all 2012, see below) 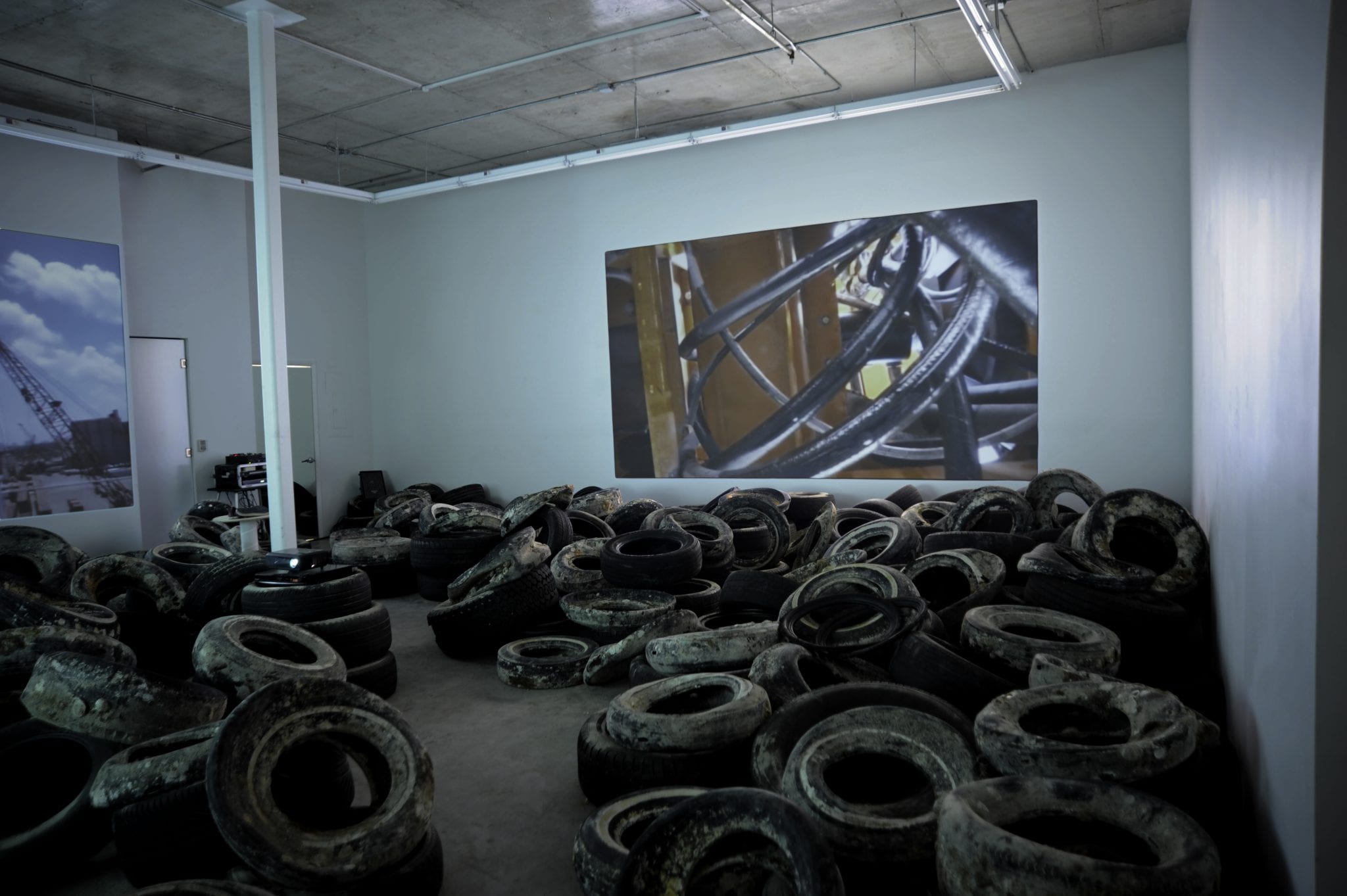 “As part of Hannes Bend’s first solo exhibition in Miami, he dredged up nearly a hundred tires from the failed Osborne Artificial Reef off the coast of Fort Lauderdale. Begun in 1972, the Osborne Reef is composed of between one and two million discarded car tires that were supposed to foster aquatic life that sport fishing was decimating, but this never happened. Instead, hurricanes have dispersed the once interconnected tires across roughly 31 football fields worth of ocean floor, threatening existing coral life.

Bend’s work “Reef” (2012) includes tires stacked in varying heights and covering the gallery floor, except for a few pathways for visitors. His installation is less an allegory of the perils of man’s encroachment on nature, though, than an embodied depiction of man as always already part of a sublime, or simultaneously terrific and terrifying, nature. The show is not unlike the landscape paintings of Caspar David Friedrich, who incidentally found inspiration in the area along the Baltic Sea and around Neustadt in the Holstein region of Germany, where Bend grew up.” by Alpesh Patel 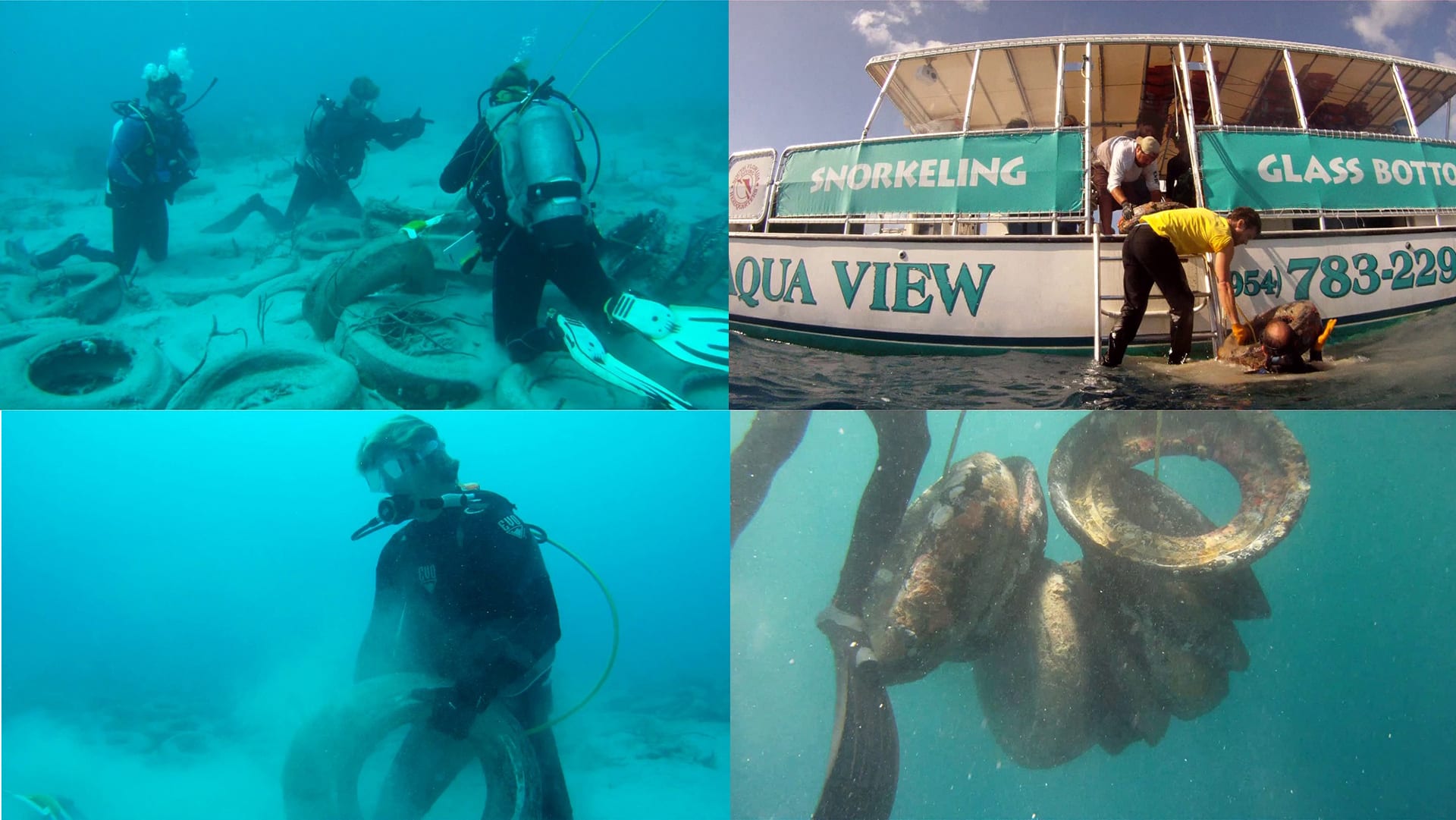