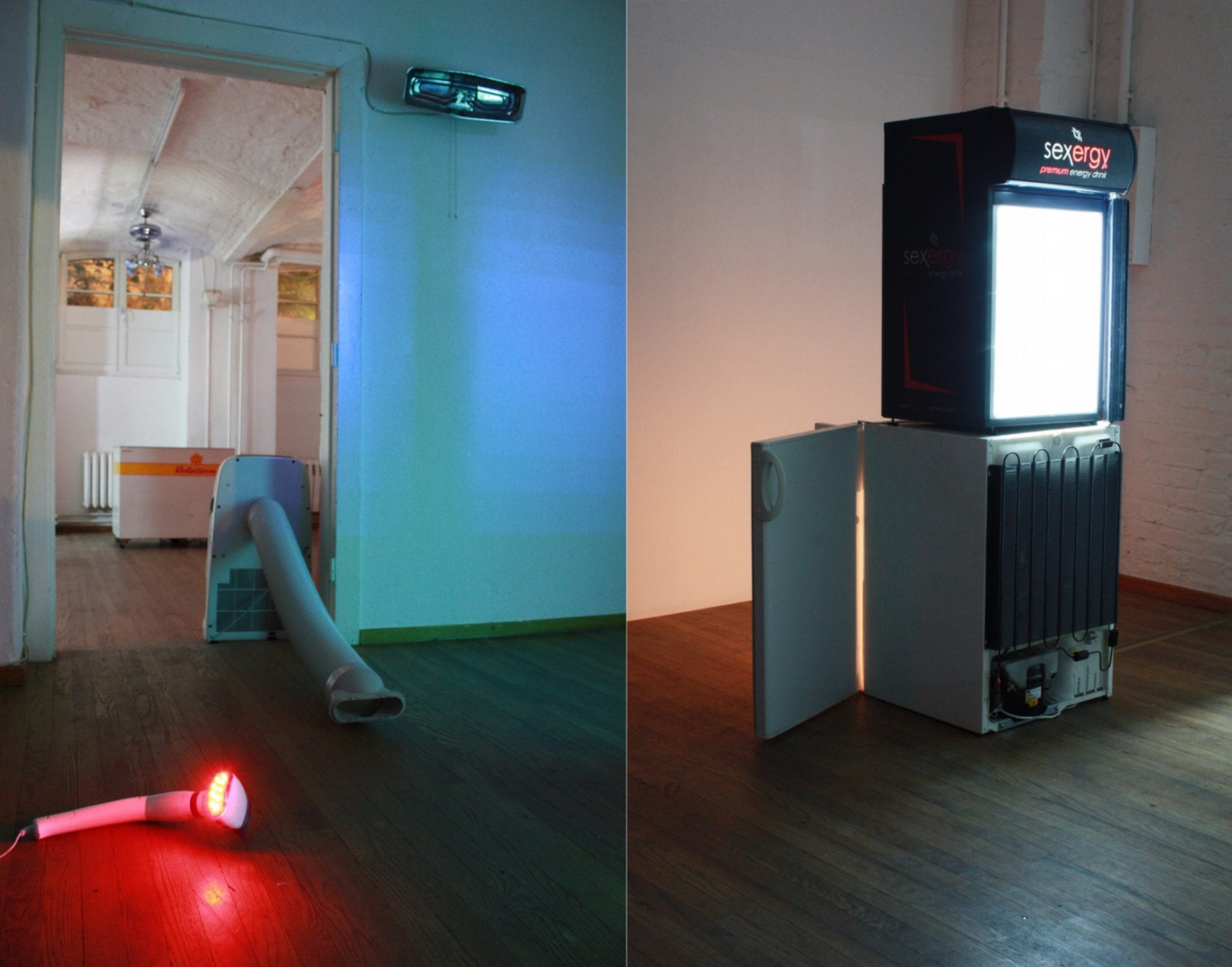 Installation of twenty-three electrical appliances in the two rooms of the exhibition space SOUTERRAIN website with press release- http://www.souterrain-berlin.de/bend.html 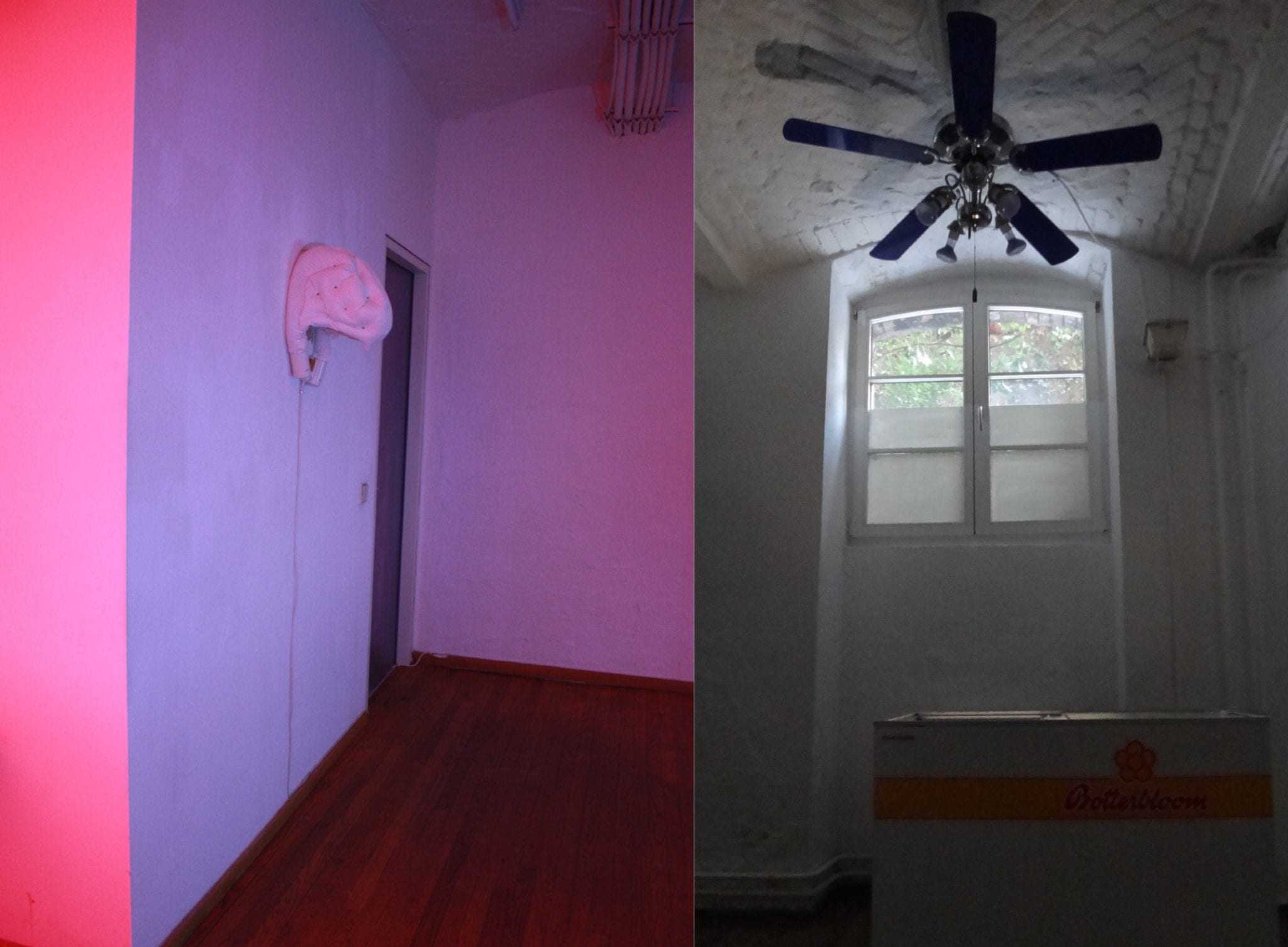 The electrical items installed in the two rooms of the SOUTERRAIN Berlin art space were acquired via a mobile phone application offering to barter objects within the urban area of Berlin. The app was provided by the waste management company Berliner Stadtreinigungsbetriebe. 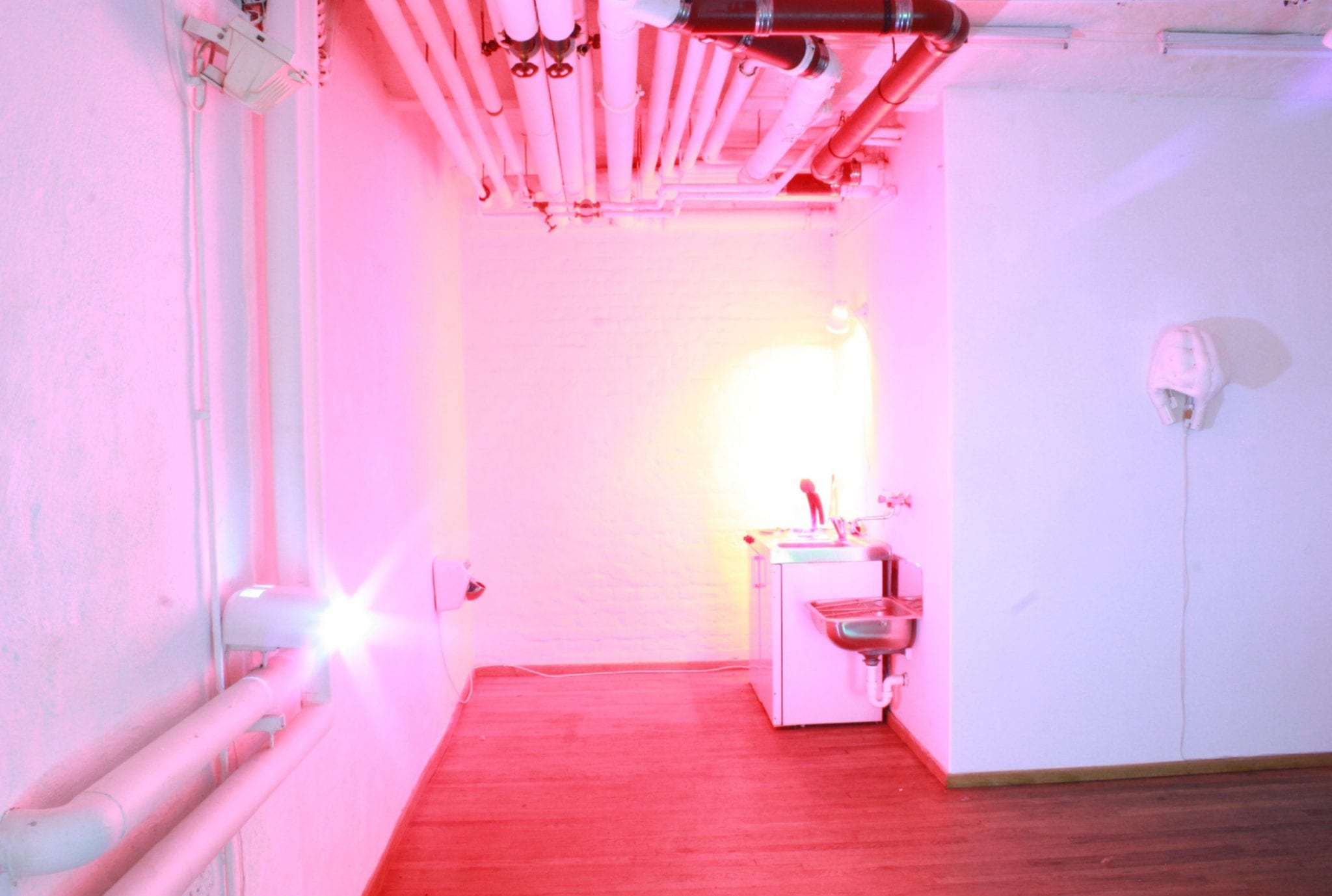 The items were chosen according to their functionality to produce indoor climate and divided into the two rooms depending on their functionalities to either induce hot air (heaters, hair dryers, sun tanning machines, air conditioning units and more) or cold air (fans, fridges, refrigerators and more). The turn-on procedure was triggered by human and computer-based operational systems including remote sensors, computational devices and a remote control monitored by the curators. 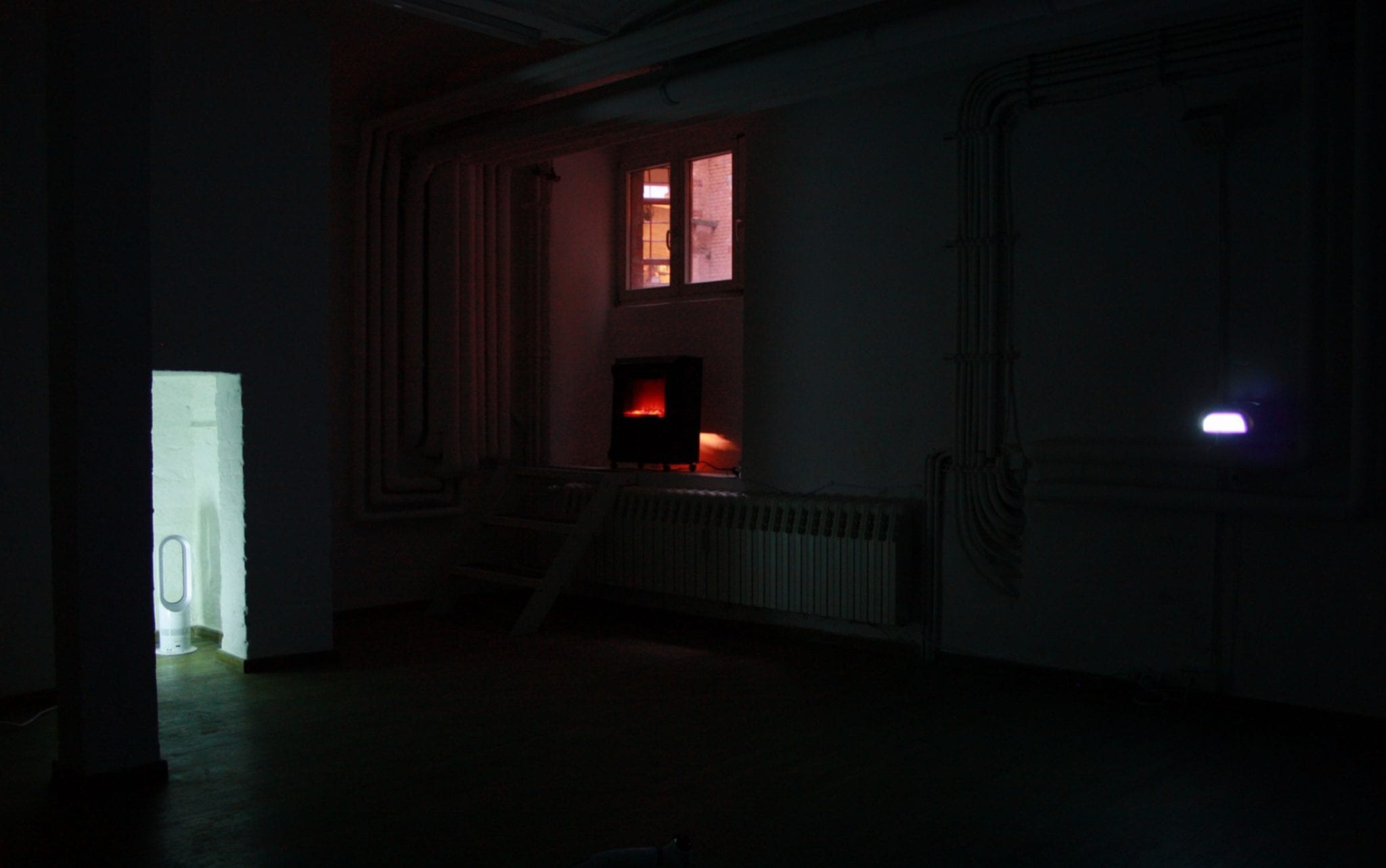 The exhibition highlights the human capacity and potential to monitor and control ‘inside’ architectural spaces to territorially occupy and expand to different climate zones through the use of technology. ‘IN & OUT’ also refers to the term ‘hype,’ used to describe intensive publicity and promotion within a cultural framework, as stated in charts in media publications indicating which person, meme, object or happening is ‘hot'(‘in’) or ‘cold'(‘out’). 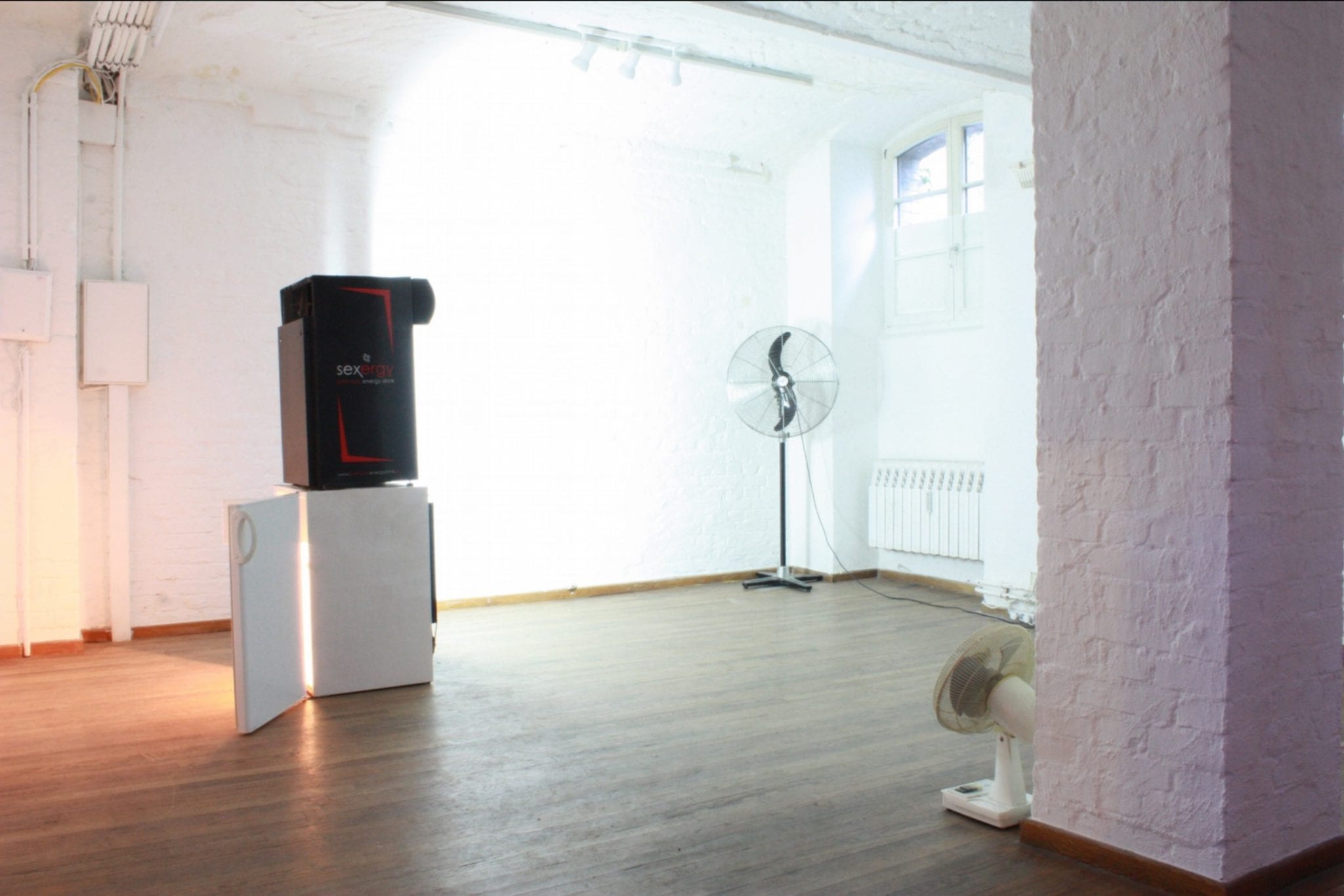 The ability to recreate outdoor climate conditions, necessary for survival in cold and hot climate zones on earth, could be experienced and activated a “hive-mind” ‘hype’-like pop phenomenon (In/Out) of contemporary culture with people gathering in the hot room during the opening.